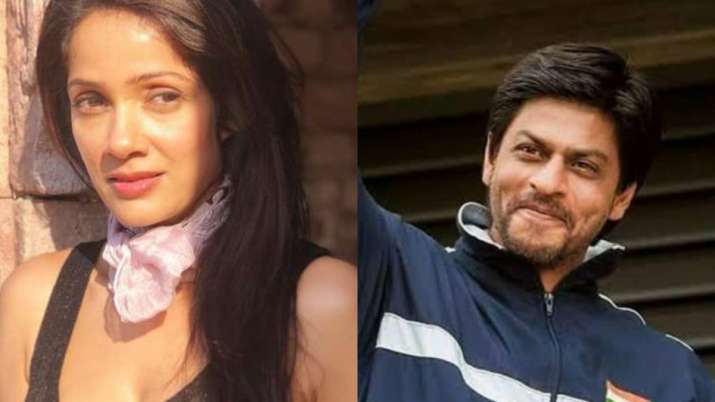 The year 2007 witnessed the release of the biggest sports drama ‘Chak De! India’ starring Shah Rukh Khan playing the role of coach Kabir Khan. The film today clocks 14 years of its release and on the occasion actress, Vidya Malavade who was seen as the captain of the women’s hockey team Vidya Sharma went down the memory lane and recalled working with the superstar. In an interview, she revealed how the other girls in the film crushed upon the actor and even had a nickname for him. Not only this but Vidya even mentioned how SRK was the ‘most humble and incredibly patient’ actor.

Talking to ETimes, Vidya said, “Shah Rukh Khan is the most humble actor and he is incredibly patient. In Chak De! India, some of us were actors, some were players. He was both. He is a fantastic sportsman. We had a name for him on the set. We used to call him, ‘Papa Bear’. We all had these tiny crushes on him of course because, hello, he was Shah Rukh Khan (laughs)!”

Further, she told the portal, “He had this amazing quality of bringing us together as a team. He was very mindful of what we are doing right and what we are doing wrong. Some of us were acting for the first time so they would not know where the light was coming from. He would always be there, teaching things. He would tell us little things that would enhance our performances. He was literally like a coach to us on the sets.”

The film recently came into the limelight during Tokyo Olympics 2020. When the team was unable to win the medal, SRK tweeted, “Heartbreak!!! But all reasons to hold our heads high. Well played Indian Women’s Hockey Team. You all inspired everyone in India. That itself is a victory.”

The iconic film was directed by Shimit Amin and won the National Award for Best Popular Film Providing Wholesome Entertainment.