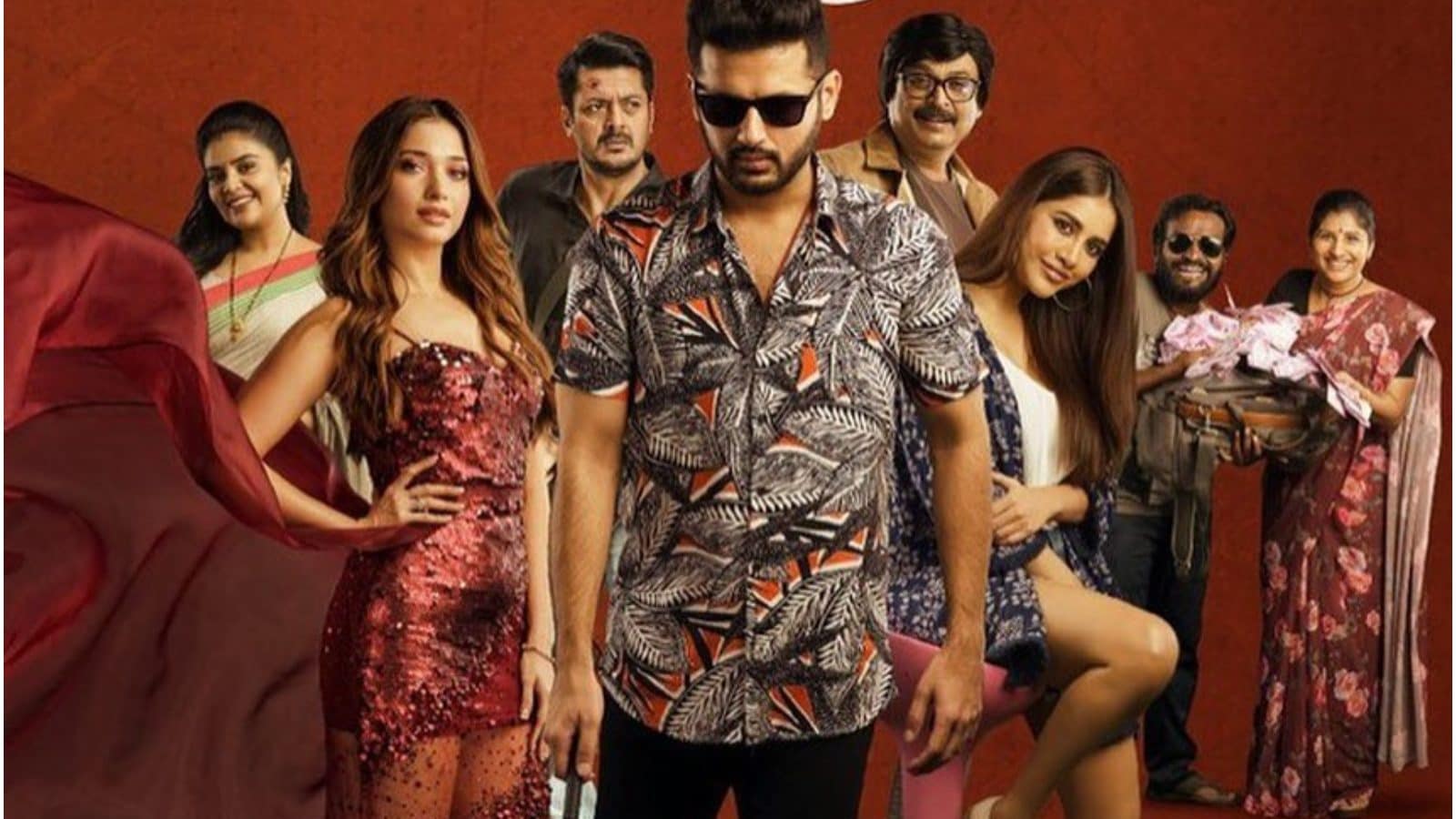 Remakes are tricky. They seldom come up to the bar set by the originals. Papanasam in Tamil with Kamal Hassan could never match the original Malayalam work, Drishyam, with Mohanlal, although both were directed by Jithu Joseph. Let us not even talk about the Hindi (with Ajay Devgn) and Telugu versions. Another original in Hindi, Pink, with Amitabh Bachchan was miles ahead of the Tamil copy with Ajith. Somehow, those who helm remakes seem to feel that they have to give something more or something better than the earlier versions, and they stumble. Or, they blindly follow, which may not be a good thing either.

Disney+ Hotstar has now offered a Telugu remake of Andhadhun — made in Hindi by Sriram Raghavan in 2018 and headlined by Ayushmann Khurrana, Tabu and Radhika Apte. Although touted as a black comedy, there was very little humour in it. The climax was superb, and if memory serves me right it was set in Venice. Now, Andhadhun has dropped in as Maestro with Nithiin (as Arun) reprising Khurrana’s character of a blind pianist. Unfortunately, the remake work was not tight enough and wandered a bit.

Helmed by Merlapaka Gandhi, Maestro also has Tamannaah and Jisshu Sengupta. It is almost a frame-by-frame copy of the original. However, while Andhadhun was wild and left a lot to imagination, Maestro spoon-feeds you and tries explaining every situation. The story has great potential. It begins with Arun falling in love with Sophie (Nabha Natesh; Radhika Apte in the original). He meets her in her father’s bar and begins playing the piano there to help attract more customers and stop the business from spiraling down. A chance encounter with a former star, Mohan (Naresh), gets the ball rolling. The actor asks Arun to give a private concert at his flat. This will be to surprise Mohan’s wife, Simran (Tamannaah, who steps into the shoes of Tabu in Andhadhun). At the apartment, Arun sees a skeleton tumbling out of the cupboard. It has a horrific tale to tell, and involves Simran’s lover, Inspector Ravinder (Jisshu Sengupta).

The plot veers towards many angles, and takes several roads. And ends on one. The finale is played out in Dubai, and one needs to watch carefully the last shot. It has something astounding to offer!

One wishes that Gandhi had taken liberties to tighten the original narrative; instead he adds more to it, robbing it of crispness and suspense. Performances are passe. Tamannaah is no match for Tabu, and Nithiin is good in parts, but does not have the calibre of Khurrana or his screen presence.

Maestro may work for those who may have not seen Andhadhun. But for those who have, the Telugu film may appear flat, especially when they know what the Hindi thriller was all about.

(Gautaman Bhaskaran is an author and a movie critic)