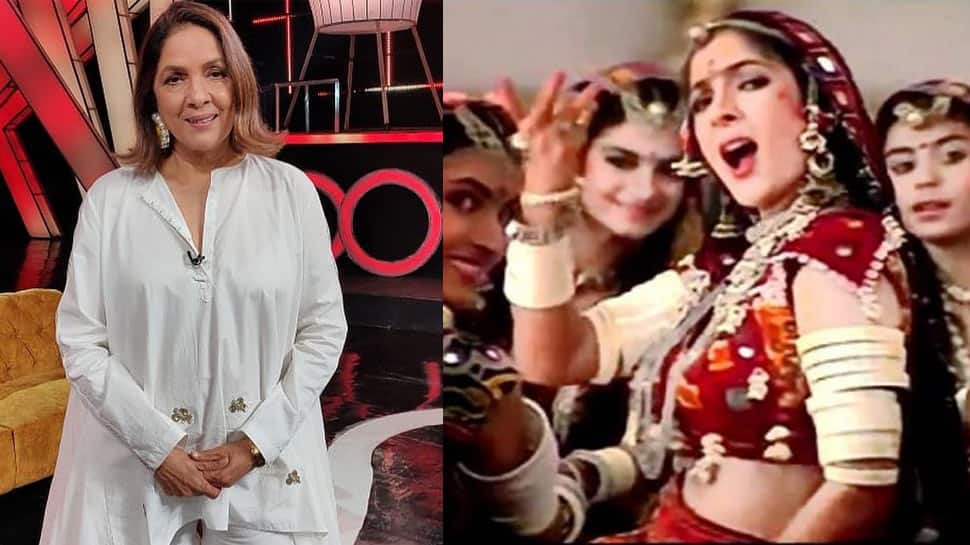 In an excerpt from her autobiography, shared by Zoom, Neena Gupta recalled the incident when director Subhash Ghai asked her to wear a ‘heavily padded bra’ for ‘Choli Ke Peeche Kya Hai’ song.

She wrote, “When I first heard the song, I knew it was catchy. But when Subhash Ghai told me what my role would be, I wasn’t so keen anymore. I liked the fact that my part was sung by my friend Ila Arun, with whom I had acted in many films. But I couldn’t do it.”

“They put me in a tribal Gujarati outfit and sent me to Subhash Ghai for approval. ‘No! No! No! No!’ he shouted. ‘Kuch Bharo.’ I was so embarrassed. In my opinion, he was referring to my choli and stating that it needed to be filled. It wasn’t anything personal, I knew. He had visualised something …bigger for the rendition. I didn’t shoot that day. But the next day I was presented to him in a different outfit, with a bra that was heavily padded, and he seemed satisfied. Subhash Ghai was very particular about what he wanted, which was why he was such a good director.”