Priyanka Chopra congrats Nick Jonas for ‘spaceman’, says grateful for how you constantly show me your love 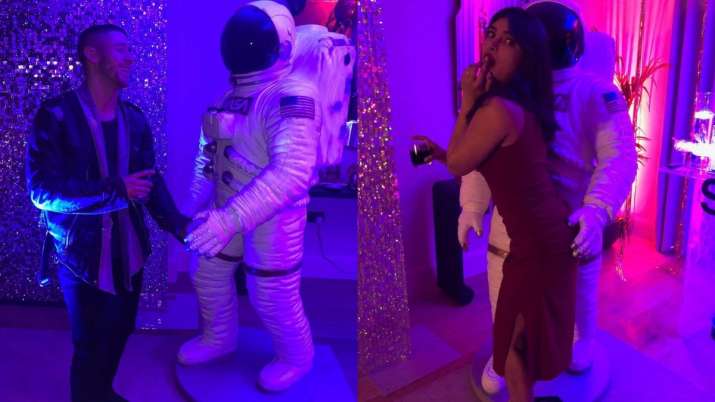 Actress Priyanka Chopra Jonas has turned cheerleader for husband Nick Jonas and his new album, Spaceman. She also shared she is grateful for how the American pop singer constantly shows his love for her. Priyanka posted a string of pictures on Instagram. One image has Nick shaking hands with an astronaut figurine while another features a photograph of the actress posing with a spaceman mannequin.

“Congratulations Nick.. I know how personal this one is to you and I’m so grateful for how you constantly show me your love. This album is a piece of art. And most of all…A BANGER! I love you. Check it out world. #Spaceman,” Priyanka wrote as the caption.

Recently, Nick released the music video of his first solo album Spaceman. The album has 11 tracks. Launching the album virtually, Nick shared how the album and everything he does in life is inspired by his wife Priyanka Chopra. During, the launch, the actress also makes a brief appearance as the American pop singer talks about her. Waving at fans, she kisses Nick and soon exits the frame.

Meanwhile, the music video shows Nick as a lovelorn lonely man, walking on a deserted planet after being separated from his loved ones. It also features a hologram of Priyanka. Encouraging her husband, the actress shared a post for him on her verified social media account. “#SpacemanVideo is OUT NOW! Proud of everything you do @nickjonas,” she captioned it.

On the professional front, Priyanka’s memoir, Unfinished, hit shelves last month. Speaking about films, she was last seen in Netflix film ‘The White Tiger’ opposite Rajkummar Rao. While, Nick Jonas is returning to singing reality show ‘The Voice’ this season as a coach, which will be celebrating its 10th year on the air.

The star couple will be announcing the Oscar nominations on March 15.