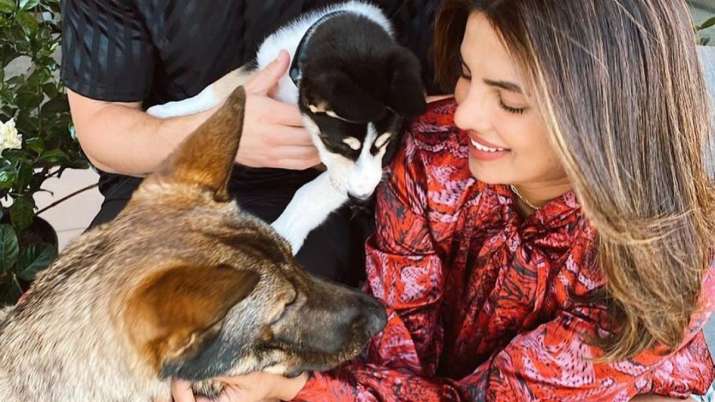 Global icon Priyanka Chopra is very active on social media. The actress keeps giving a glimpse of her personal life with her husband Nick Jonas and dogs Diana, Gino and Panda. Taking to her Instagram stories on Friday, PeeCee flaunted her new tattoo that she dedicated to her pet dogs. In the video, the actress showed her freshly painted toenails and gave a glimpse of the pawprints that she got inked. 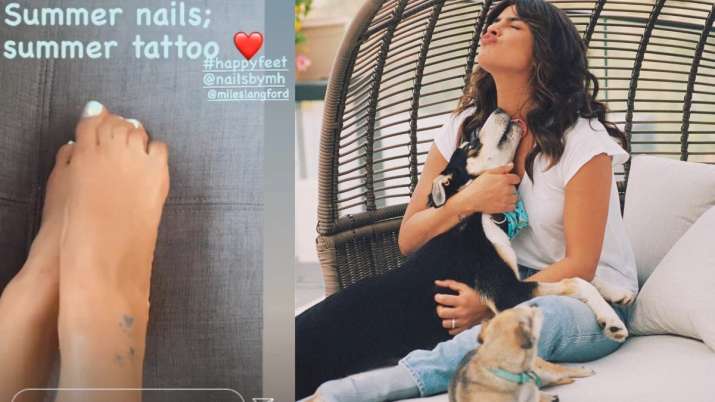 Meanwhile, Priyanka Chopra already has a tattoo honoring her late father Ashok Chopra. The tattoo says ‘Daddy’s lil girl’ in her father’s handwriting. the actress got it inked in 2012, just a year before he died after battling cancer. In her book Unfinished, she remembered getting her famous tattoo in Ibiza, Spain.

On the other hand, Priyanka Chopra had her dog Diana even before she tied the knot to American singer Nick Jonas. She gifted pet dog Gino to Nick on his last birthday. Last year, the couple welcomed their third dog Panda. They rescued the husky-Australian shepherd rescue, during the Covid-19 pandemic.

On the work front, the former Miss World made her digital debut with “The White Tiger” co-starring Aadarsh Gourav and Rajkummar Rao earlier this year. She also released her memoir book ‘Unfinished.’ On the film’s front, Priyanka Chopra is developing an untitled comedy with Mindy Kaling and Dan Goor, and also working on Russo Brothers’ Citadel and The Matrix 4. She will also feature in the upcoming romantic drama ‘Text for You’, directed by Jim Strouse.