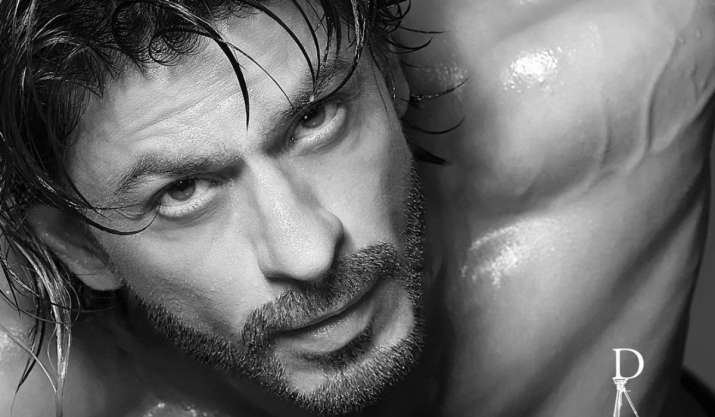 Unveiling the most anticipated photo from his annual calendar shoot, fashion photographer Dabboo Ratnani on Monday dropped a monochrome image of Bollywood superstar Shah Rukh Khan. Ratnani took to his Instagram handle and shared the photo along with the caption, “Once You Become Fearless, Life Becomes Limitless. Invincible and Charismatic Shah Rukh Khan For #dabbooratnanicalendar @iamsrk.”

The picture, which was a top angle close up shot of Shah Rukh, had him posing shirtless, with only his shoulders and face visible in the photo. For the shoot, the ‘My Name is Khan’ actor sported an intense smouldering expression, looking straight into the camera. Ratnani’s post garnered more than 14 thousand likes within an hour of being shared, with many fans leaving heart and fire emojis for the star in the comments section.

Soon after Dabboo Ratnani’s post, Shah Rukh Khan started trending to Twitter as fans showered love on the superstar. Here’s how they reacted:

On the professional front, Shah Rukh Khan will next be seen in Pathan. The film is backed by Yash Raj Films and also stars Deepika Padukone and John Abraham in pivotal roles. Salman Khan is also expected to do a cameo in the film. The superstar was last seen in the 2018 film ‘Zero’ directed by Anand L Rai.

Share
Facebook
Twitter
Pinterest
WhatsApp
Previous articleI know the pain, I’ve been through it: When Shilpa Shetty’s sister Shamita Shetty opened up on her depression
Next articleMoney Heist Season 5 Trailer Out: Wondering what will happen with Professor & his gang? Find out yourself!