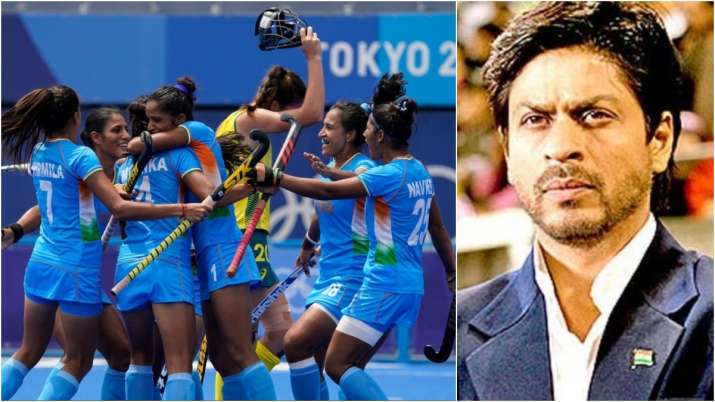 India women’s hockey team on Monday registered a historic win by making it to the Olympics semifinals. Underdogs India defeated Australia 1-0 to secure an unprecedented place in the semifinals, with many comparing the victory to Bollywood film Chak De India. For many, it was a deja vu moment as they were quickly reminded of Shah Rukh Khan‘s sports drama. The actor reacted to India’s win keeping up with his trademark wit and humour.

Indian women’s hockey team coach, Dutch tactician Sjoerd Marijne, said after his side’s historic win against world No. 2 Australia in the quarterfinals at the Olympic Games that his mantra to the girls before the match was to “stay in the moment” and that is what made “a big difference” on Monday.

India defeated world No. 2 Australia 1-0 in the quarterfinals to storm into the last-four stage, marking their maiden entry into the medal round with a brilliant performance against a team that had dominated the tournament so far and was one of the favourites to win the gold medal.

The Indians attacked aggressively, defended stoutly and controlled the midfield that allowed them to enjoy possession in the first half. Australia could not get into their rhythm early on and kept chasing the ball in the entire match.